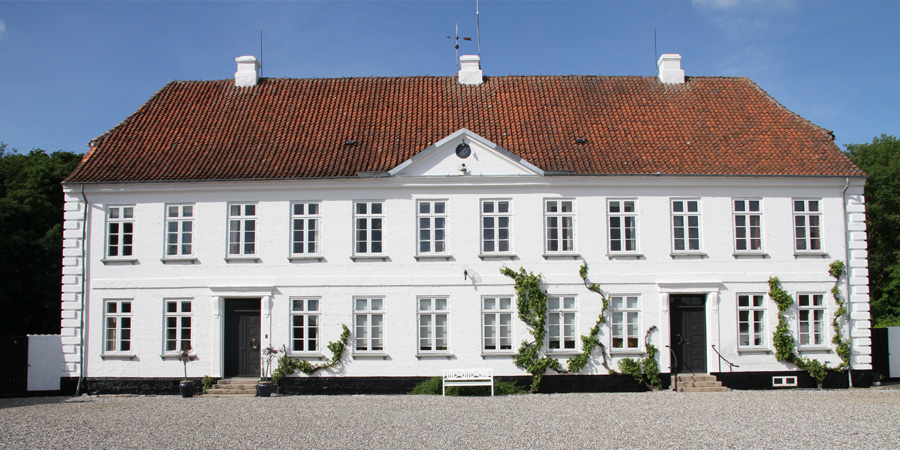 Kalsbøl was originally a village by the same name founded in the early Middle Ages by a man named Kals. The suffix "bøl" means farm or house. The history of Kalsbøl can be traced back to the 1500-years. In the village of Kalsbøl a farm, Blæsbjerg, was situated, which the Crown exchanged to Holger Rosenkrantz at the estate Boller Gods in 1575. Later the farm was given the same name as the village.

At the time of the introduction of the absolute monarchy, with its 10 barrels hartkorn (old Danish unit of land valuation based on estimated productivity), Kalsbøl belonged under the estate Barritskov. At that time it was an ordinary farm. In 1826 a farm in the village of Klejs was transferred to Kalsbøl, and thereafter Kalsbøl made out 34 barrels hartkorn and a land area of approx. 180 hectares. In the period from 1669 to 1895 the farm was transferred several times.

In 1895 the brewery owner Herman Levy bought the farm. Herman Levy died the same year, and subsequently it was run by the widow Sofie Levy.

The main building of Kalsbøl was built in 1844 to 1845 and consists of a main part in two stores with two side wings. A part of the property is today protected. The oldest of the barns was built in 1689.

The history of agriculture - with its development, mechanization and specialization – has also been the history of Kalsbøl. From the large number of farm workers, servants, coachmen, gardeners 200 years ago to our days, where few effective employees manage all the work with their farm and forestry machinery. Kalsbøl has moved with the times - as well in good and bad times for agriculture - and today Kalsbøl is a partnership consisting of Kalsbøl and Skævlundgaard and a number of other small farms which cover in total approx. 700 hectares of field incl. of leaseholds, 55 hectares of forest, 6 hectares of garden/park for the main building, houses for rent, etc.